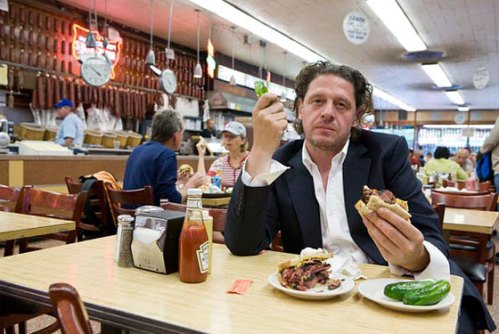 White worked relentlessly for 17 years to pursue his ambition, he ultimately found that in spite of his accomplishments, recognition and fame, his career did not provide him with adequate returns in his personal life. So in 1999, he retired and returned his Michelin stars. After a long stint he re-invented himself and once again donned cooking aprons. In January 2010, MPW opened a new restaurant called “Marco Pierre White’s the Swan Inn” in Aughton, which serves a selection of classic English pub foods.

Enjoy your rise to success (rather than waiting until you reach the top of your game). Very good article about MPW’s New York visit and some recommendations on places to eat.