I defy anyone not to find this remarkable soundscape anything short of stunning.

Don’t be put off by occational sorrow this soundtrack has many wonderful inspiring passages.

Gustavo Santaolalla’s stunning mix that moves between bombo drums and the charango vs. the strings, as if they were the﻿ characters and the orchestra the landscape. Then we hear the electric guitar chord, like the time passing, giving a time context, actuality and rebel. It is appropriate for telling the story of such a controversial personality, traveling around a landscape without words to describe: South America. A great reminder to check out these Cuban filmmakers too. 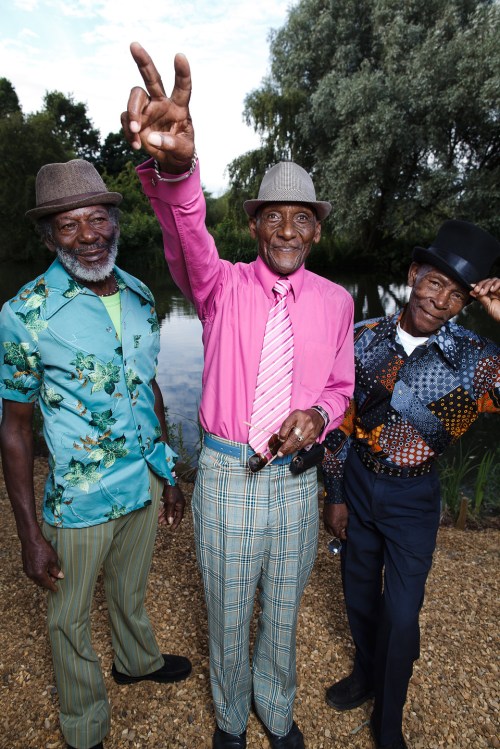 ‘Jolly Boys’ at the Secret Garden Party in the English Countryside 2010. Please come play our next garden party.

A truly remarkable song by Hem

It’s as if Shakespeare met up with Lennon & McCartney to compose and perform a truly perfect song.

This song, Half Acre, by the group, HEM, was written﻿ by Dan Meese. Try not to be cynical of this charming premise of “play it forward.”

Hauntingly beautiful, soothingly mystical, thrillingly Eastern in origin. Duality is a collection of truly haunting pieces, some with a joyous intensity, some with a religious fervor, some with a sense of militant “nationality.” Despite the fact that the “words” have no meaning in a linguistic sense, they connect with the heart, proving that all human sounds communicate at some level. A wonderful experience. I expect to buy some of their other work too.

Decade in the Sun

Why don’t you tell it like it really is? Outstanding classic track from the album ‘Decade in the Sun’ – Stereophonics

The sonic equivalent of photographic depth of field. Manipulating sound until it seemed to be something that existed in real space. This refers to playing back existing recordings through a speaker or speakers in real-world acoustic situations, and recording that playback with microphones so that the new recording takes on the acoustic characteristics of the place it was “re-recorded.” The concept is simple, but its execution can be remarkably complex.

Used in American Graffiti. Back in 1973, Walter Murch was working on American Graffiti and trying to create something new with the film’s Wolfman Jack sound material — commercials, hit songs, DJ rants. His task was to turn the soundtrack into a cohesive soundscape, to make every car cruising the city of Modesto, California a player in a citywide radiophonic symphony. The idea was that every teenage car in this town was turned to the same station, and, therefore, anywhere you went in the town, you heard this sound echoing off the buildings and passing by in cars.

In American Graffiti, recordings of the Wolfman Jack radio show were played through practical car radios and re-recorded with both stationary and moving microphones.

The practice of worldizing — and, I believe, the term itself —started with Walter Murch, who has used the technique masterfully in many films. However, it has received most of its notoriety from his use of it in American Graffiti and in the granddaddy of the modern war film, Apocalypse Now.

In American Graffiti, recordings of the Wolfman Jack radio show were played through practical car radios and rerecorded with both stationary and moving microphones to recreate the ever-changing quality of the multiple moving speaker sources the cars were providing. On the dub stage, certain channels were mechanically delayed to simulate echoes of the sound bouncing off the buildings. All of these channels, in addition to a dry track of the source, were manipulated in the mix to provide the compelling street-cruising ambience of the film. In Apocalypse Now, the most obvious use of this technique was on the helicopter communications ADR, which was re-recorded through actual military radios in a special isolation box. The groundbreaking result has been copied on many occasions.

Natural ambiance is needed. Digital reverb wasn’t going to do it. Worldizing it makes the sound “feel” much more natural.

play this once a month ♫ htt… 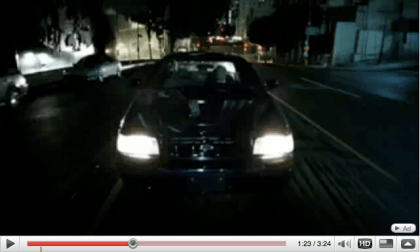 Unnerving, dark and wicked. Music video from Depeche Mode features a car reversing through the night streets, knocking over people/bashing into cars, it’s depressing and morbid like a bad dream that you should refuse to watch. 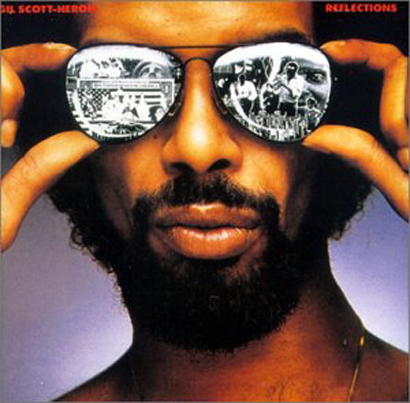 Well, the first thing I want to say is Mandate my ass!

What has happened is that in the last 20 years, America has changed from a producer to a consumer. And all consumers know that when the producer names the tunethe consumer has got to dance. That’s the way it is. We used to be a producer very inflexible at that, and now we are consumers and, finding it difficult to understand. Natural resources and minerals will change your world. The Arabs used to be in the 3rd World. They have bought the 2nd World and put a firm down payment on the 1st one. Controlling your resources we’ll control your world. This country has been surprised by the way the world looks now. They don’t know if they want to be Matt Dillon or Bob Dylan. They don’t know if they want to be diplomats or continue the same policy – of nuclear nightmare diplomacy. John Foster Dulles ain’t nothing but the name of an airport now.

The idea concerns the fact that this country wants nostalgia. They want to go back as far as they can even if it’s only as far as last week. Not to face now or tomorrow, but to face backwards. And yesterday was the day of our cinema heroes riding to the rescue at the last possible moment. The day of the man in the white hat or the man on the white horse – or the man who always came to save America at the last moment someone always came to save America at the last moment especially in B movies. And when America found itself having a hard time facing the future, they looked for people like John Wayne. But since John Wayne was no longer available, they settled for Ronald Reagan and it has placed us in a situation that we can only look at like a B movie.

Come with us back to those inglorious days when heroes weren’t zeros. Before fair was square. When the cavalry came straight away and all-American men were like Hemingway to the days of the wondrous B movie. The producer underwritten by all the millionaires necessary will be Casper The Defensive Weinberger no more animated choice is available. The director will be Attila the Haig, running around frantically declaring himself in control and in charge. The ultimate realization of the inmates taking over at the asylum. The screenplay will be adapted from the book called Voodoo Economics by George Papa Doc Bush. Music by the Village People the very military “Macho Man.”

A theme song for saber-rallying and selling wars door-to-door. Remember, we’re looking for the closest thing we can find to John Wayne. Clichs abound like kangaroos courtesy of some spaced out Marlin Perkins, a Reagan contemporary. Clichs like, itchy trigger finger and tall in the saddle and riding off or on into the sunset. Clichs like, Get off of my planet by sundown! More so than clichs like, he died with his boots on. Marine tough the man is. Bogart tough the man is. Cagney tough the man is. Hollywood tough the man is. Cheap stick tough. And Bonzo’s substantial. The ultimate in synthetic selling: A Madison Avenue masterpiece a miracle a cotton-candy politicianPresto! Macho!

Put your orders in America. And quick as Kodak your leaders duplicate with the accent being on the nukes – cause all of a sudden we have fallen prey to selective amnesia – remembering what we want to remember and forgetting what we choose to forget. All of a sudden, the man who called for a blood bath on our college campuses is supposed to be Dudley God-damn Do-Right?

You go give them liberals hell Ronnie. That was the mandate. To the new Captain Bly on the new ship of fools. It was doubtlessly based on his chameleon performance of the past – as a liberal democrat as the head of the Studio Actor’s Guild. When other celluloid saviors were cringing in terror from McCarthy Ron stood tall. It goes all the way back from Hollywood to hillbilly. From liberal to libelous, from Bonzo to Birch idolborn again. Civil rights, women’s rights, gay rightsit’s all wrong. Call in the cavalry to disrupt this perception of freedom gone wild. God damn itfirst one wants freedom, then the whole damn world wants freedom.

Nostalgia, that’s what we wantthe good ol’ dayswhen we gave’em hell. When the buck stopped somewhere and you could still buy something with it. To a time when movies were in black and white and so was everything else. Even if we go back to the campaign trail, before six-gun Ron shot off his face and developed hoof-in-mouth. Before the free press went down before full-court press. And were reluctant to review the menu because they knew the only thing available was Crow.

Lon Chaney, our man of a thousand faces – no match for Ron. Doug Henning does the make-up – special effects from Grecian Formula 16 and Crazy Glue. Transportation furnished by the David Rockefeller of Remote Control Company. Their slogan is, Why wait for 1984? You can panic now…and avoid the rush.

So much for the good news

As Wall Street goes, so goes the nation. And here’s a look at the closing numbers racism’s up, human rights are down, peace is shaky, war items are hot – the House claims all ties. Jobs are down, money is scarce and common sense is at an all-time low on heavy trading. Movies were looking better than ever and now no one is looking because, we’re starring in a B movie. And we would rather had John Waynewe would rather had John Wayne.

“You don’t need to be in no hurry.
You ain’t never really got to worry.
And you don’t need to check on how you feel.
Just keep repeating that none of this is real.
And if you’re sensing, that something’s wrong,
Well just remember, that it won’t be too long
Before the director cuts the sceneyea.”

[Refrain repeated about 25 times or more in an apocalyptic crescendo with a military cadence.]

Eno/U2—‘No Line on the Horizon’ reaction after 48 hours kicking it around.

‘Magnificent’, play it loud, play it often. ‘Cedars Of Lebanon’ has a stirring, rumbling depth revealing platinum edged sophistication. “I’ll go crazy tonight” offers familar high energy twangs that are easy to absorb. “Moment of Surrender” offers delectable, delicate beauty. Frequently keep coming back to the headline act, “No Line on the Horizon”. Anton‘s cover photography has a delicate sensibility that permeates the music of this album.

Cellars of Lebanon
U2’s new album — No Line On the Horizon, has an intriguingly stirring track called “Cedars of Lebanon”. It’s likely that this sentiment harks back to the old country in Ireland with biblical references added for good measure. Rather surprisingly tho, it happens to be a state park close to a respected musical epicenter — namely that of Nashville, TN.

Cedar is one of the most aromatic and resistant types of wood known. The variety known as the Cedar of Lebanon was of especially good quality, solid, not many knots, and of a deep rich reddish color. The trees themselves were of a rather unusual shape – quite wide with branches growing nearly straight out, and a nearly flat top (in contrast to, for example, the North American White or Black Cedar varieties which are seldom as tall and always narrower). They could sometimes reach a height of well over 100 feet (30 meters). Their very name came to symbolize strength and magnificence.